You are here: HomenextExhibitionsnextBuildingsnextShopsnextA Trip Back in Time Down Barbers Lane

A Trip Back in Time Down Barbers Lane

A distinctive smell, boutiques, an antique shop, a second hand bookshop, a camera shop, a little café, an art supply shop…where am I? Brighton? Portobello Road? No, Barbers Lane in Luton just a few decades back in time. 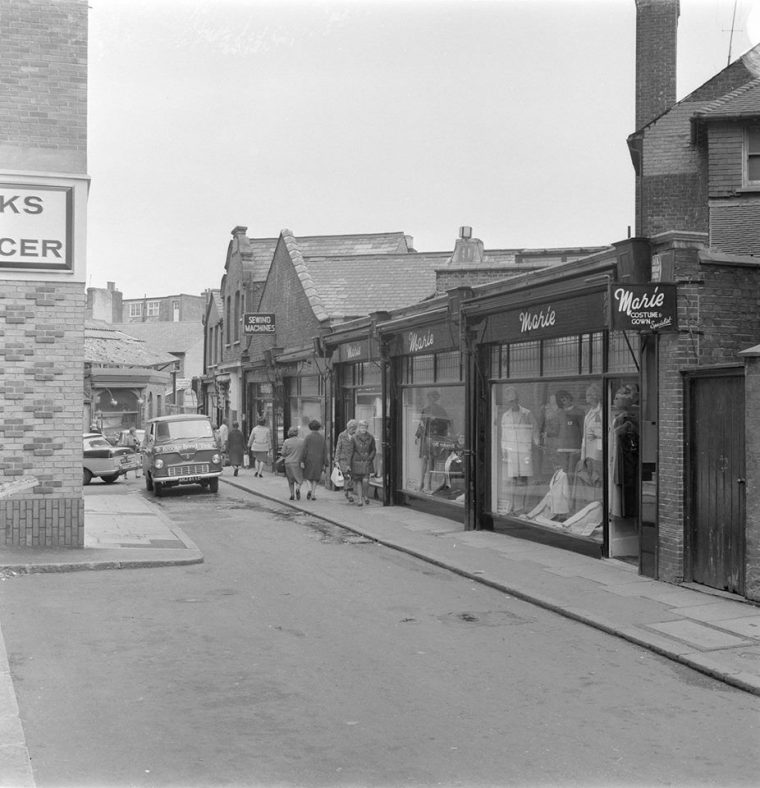 Barbers Lane was an ancient medieval road and appears to have been named after an influential fifteenth century family, the Barbars or Barbours. While most Lutonians remember it as the little narrow street running from Cheapside to Waller Street, William Austin noted that it originally ran from the centre of town, across the river and up to Hart Hill. It was reputedly part of the processional route taken by members of the Guild of the Holy Trinity when they paraded on holy days. 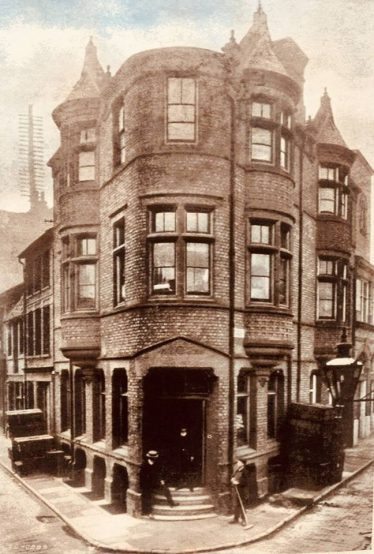 Sadly the history books pay it little mention. The Court Rolls of 1806 list the purchase by Edmund Waller of “a messuage, garden and orchard at the corner of Barbers Lane” from James Gutteridge and other “divisees of William Hay”. The Beds Quarter Sessions of 1808 refer to a bridge in Barbers Lane, taken down by a James Leonard Hampson. Where the River Lea crossed the lane there was a small ford and footbridge. This was known as Guild’s Ford and is believed to be the origin of the name Guildford Street.

Gutteridge acquired property through marriage to Harriet Hay, who, with her sister, Ann, inherited all of her grandfather’s estates. Mr Gutteridge purchased Ann’s share in 1810, building a large house with a brew house, stables and a coach house. Nine acres of pleasure grounds extended from Barbers Lane to Church Street.

In 1821 a flood hit Barbers Lane and filled the cellars and living room of this large house with water. William Austin writes of Thomas Hawkes’ recollection that Mr Edward Waller had to hold on to his door knocker but was carried down Barbers Lane towards the river. He was washed against Mr Dymmock’s doorway and held on to a wheelbarrow until the waters subsided and he was rescued.

A property for businessmen

In 1834 the only lighting provided was from oil lamps affixed to the properties of prominent business men. Mr Edmund Waller was one such businessman. 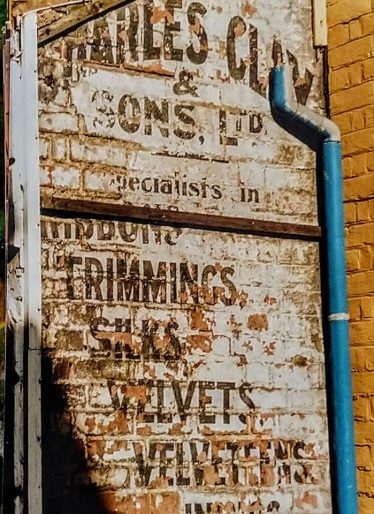 While that wheelbarrow may have saved Mr Waller’s life, it seems that they became a bit of an issue in Barbers Lane. In 1851 the Board of Health put measures in place, such as sewers, gas lighting and a register of lodging and slaughter houses. Minutes of a Board meeting that year note that “people were ordered not to push wheelbarrows along Barbers Lane”.

The Goad fire insurance map of 1895 shows hat factories and millinery related buildings all along Barbers Lane, the electoral rolls of 1919 listing several non-resident businessmen owning properties there. Five times mayor of Luton, Asher Hucklesby, had two large hat factories in Luton and created Bond Street between them to transport his hats to the station via Barbers Lane.

Fast forward to the twentieth century and Barbers Lane is a cornucopia of shops and boutiques. If you needed to buy or repair something, this little back street was the place to go. Lamenting the state of the town in the 1980’s P. C. Vigor wrote:

Saddest of all sights to my mind is the condition of Barbers Lane. That was truly an interesting, colourful and bustling place in my youth. Designated a lane, it held shops and restaurants as well as ribbon merchants, sewing machine repair shops, a hairdresser (much used by travellers rushing to catch trains to town), plait merchants and hat factories. It had charm, colour and character and a smell all of its own.

Captured in Edward Callam’s painting is a hat factory owed by Brian Burke’s father. Also known as Bryan and the Brunelles, Brian’s band, Bryan and the Hangmen would rehearse in this building. With Pete and Eddy Spence, Bob Usher and Mick Farrell, they went on to release a single, “Jacqueline” in 1965. 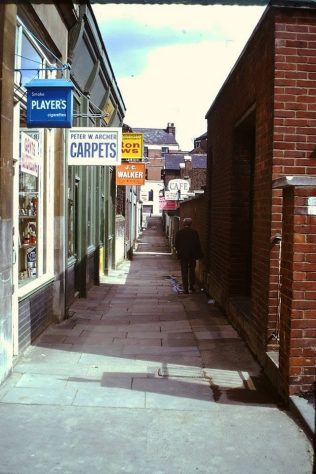 Turning into the Lane from Guildford Street, there was Luton Camera Repair Services, established in 1967 and still going today, next to Johnnie Walker’s Goldsmiths. Barbers Lane catered for the young and old. Students would visit the art shop for supplies, if they could afford them! Also popular with students was the café with a jukebox. Famous for its egg and chips and bacon sandwiches, it was a popular mod hangout! There was a second hand bookshop, a cobblers run by Fred Everitt, a fruit and vegetable stall, a joke shop and a car paint suppliers. Brides to be would look for wedding dresses in Marie’s Costume and Gown shop. Many fondly remember Gladys Sell’s Antique Shop which was across from a fruit and veg shop. This was opposite the back of Woolworth’s and Marks and Spencer, traces of which are visible beneath the Mall today.

Sadly, Barbers Lane fell victim to the redesign of the town centre when the Arndale Centre but if you stroll down Guildford Street today and glimpse the little bit of it that remains, you now know what an amazing amount of history this tiny street holds. 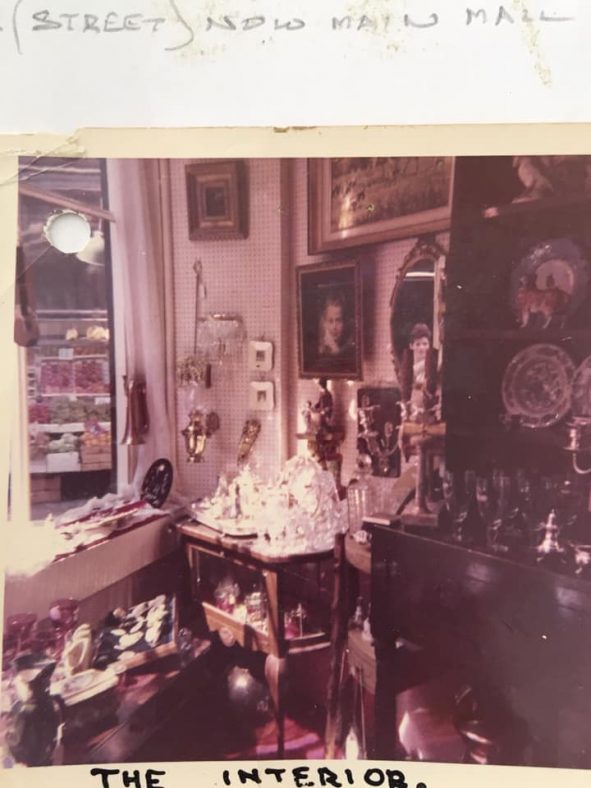 A History of Luton from Conquerors to Carnival – Anne Allsopp

The History of Luton and its Hamlets Volume 1 – William Austin

Facebook – The Luton I Remember and Old Photos of Luton