You are here: HomenextExhibitionsnextBuildingsnextShopsnextPhoto Gallery for Victorian Pharmacy 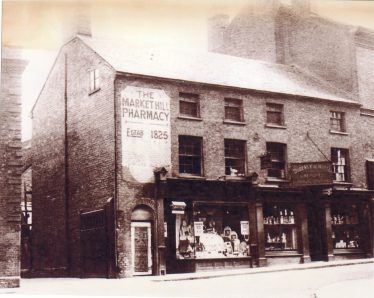 The Market Hill pharmacy in the early 20th century. The original shop was double fronted with the two windows under the sign the window to the left being a later addition. 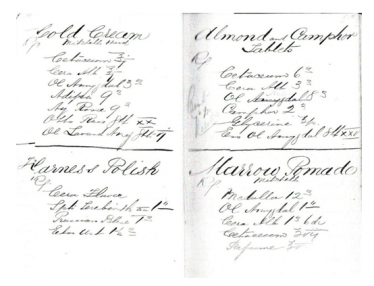 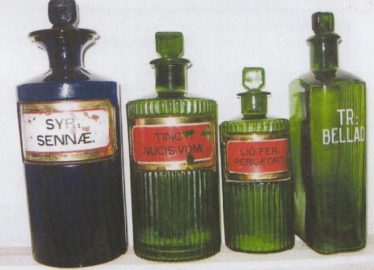 Blue bottle for a syrup and green poison bottles 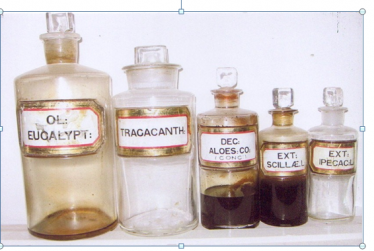 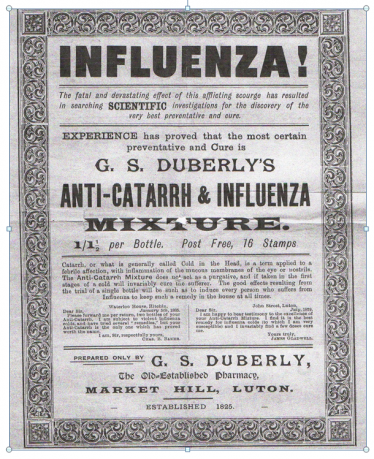 The price of around 1/- (5p) meant that they were more affordable than the cost of seeing a doctor – and being prescribed essentially the same medicine. 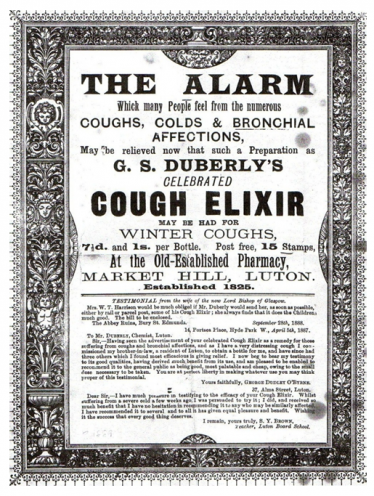