You are here: HomenextExhibitionsnextThemesnextMusicnextLuton Music Club

Luton Music Club was founded in 1946 and has presented over the years a series of public concerts and performances. It is recognised as one of the leading voluntary promoters of professional chamber music in the UK.

A history of the Luton Music Club

Luton Music has been providing the people of the town and surrounding area with a rich diet of small scale classical music since 1946. 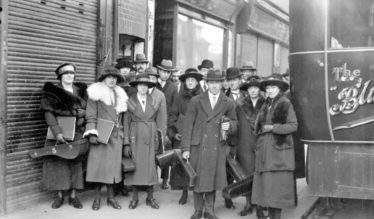 The Music Club’s origins go back to the Second World War when an ENSA (Entertainments National Service Association) Music Club was formed in Luton. Luton Music was established following the end of the war and the first president was Ernest Bevin, the Foreign Secretary, because of his work with ENSA when he was Minister of Labour.

Most of the first programmes were given at Luton Technical College or the Vauxhall Canteen. The London Philharmonic Orchestra under Sir Adrian Boult performed many times.

Club subscriptions were set at 5 shillings single and 7s 6d double although members still had to buy tickets for professional concerts and recitals. In the first season the Arts Council of Great Britain give a grant in the tidy sum of £49 16s 8d. 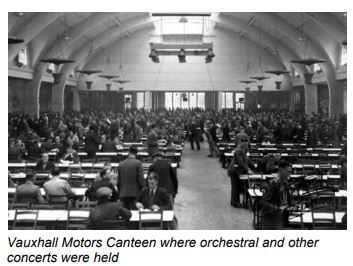 The Music Club has become one of the leading promoters of such concerts throughout the UK, attracting the admiration of performing musicians, composers, concert agents, other promoters and, of course, the local musical public. Luton Music has won many awards and accolades over the years for the enterprise and variety of its programmes. Its long season of about 21 concerts is unique among the country’s music clubs.

The programmes are carefully chosen to showcase the finest musical talent in Britain and abroad, with many opportunities given to rising stars of the future. Luton Music cooperates with the Luton Music Service creating ambitious educational initiatives across a wide range, involving many young performers and composers.