You are here: HomenextExhibitionsnextPeoplenextTeams and groupsnextHistory of the Jewish Community in Luton

History of the Jewish Community in Luton

The Jewish community in Luton knew significant transformation during the years. Counting five families in the early 1900s, increased to more than two hundred members in the 50s, for reducing again by the end of the century.NB. Many thanks to Chris Grabham for the provision of high-resolution images.

The first Jewish family settled in Luton in around 1880 and by 1912 there were about five families living in the town. The first organised Jewish community meeting took place in Duke Street on 23rd September 1923 and it was resolved to form a body called the Luton Hebrew Congregation. Until 1929 services and religious classes were held above a factory in John Street. In 1929 a minister was appointed and a house was purchased at 5 Moor Path and this was converted into a Synagogue which could accommodate about ninety people. 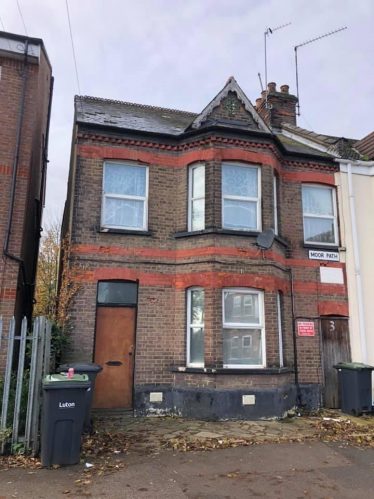 At the outbreak of war in 1939 there were about twenty five families in Luton but this swelled to over two thousand souls with the evacuees from London. This represented a turning point in the history of the Luton Jewish community and it was apparent that a new Synagogue and  Communal  Centre were required. So, in 1949, the Empire Cinema in Bury Park Road was purchased. The Empire Cinema had opened as an independent cinema on 29th November 1921. Plans were developed for the conversion of the building and it was consecrated by the Chief Rabbi, Dr Israel  Brodie in 1953.  At that time the congregation consisted of about two hundred members and regular services were held as well as religious classes and social functions.  There was a Youth Club, Young Marrieds’ Group, Ladies Guild, Parent Teacher Association and a Friendship Club for older members.

By the late 1980’s it was apparent that new premises were required. The membership was declining and aging and few members lived near to Bury Park. So, a protracted search was begun to find new accommodation or land upon which to build, and also to identify a purchaser for our building.  After many false starts, the Synagogue in Bury Park Road was sold at the end of 2001.

The purchasers were the Islamic Cultural Centre, so the building retained its religious use and the location was much more appropriate for the new owners than it had been for the Jewish community. For the next eight years the Jewish community had a series of temporary homes. These ranged from Luton Town Hall, various community centres and various houses. However, in 2009 a disused doctor’s surgery was purchased and work was undertaken to convert it into a Synagogue.

On 27th June 2010 the new Synagogue in Dunstable Road was consecrated by the Chief Rabbi, Lord Jonathan Sacks.

The membership now consists of one hundred and thirty people and the regular services and social and cultural events continue. Furthermore, It is worth noting that since the appointment of the first minister in 1929, there have been full-time ministers almost continuously up to the present day.

http://www.culturalhistories.org/home/luton-cultural-histories/116-bury-park-road-luton-islamic-centre/ provides much more detail on the history of the Bury Park Road building that once hosted the congregation