Ken Cooper was one of Luton’s most eminent historians of the modern era. He was not only a meticulous researcher but a popular author, speaker, ambassador for the town and above all a dedicated family man. 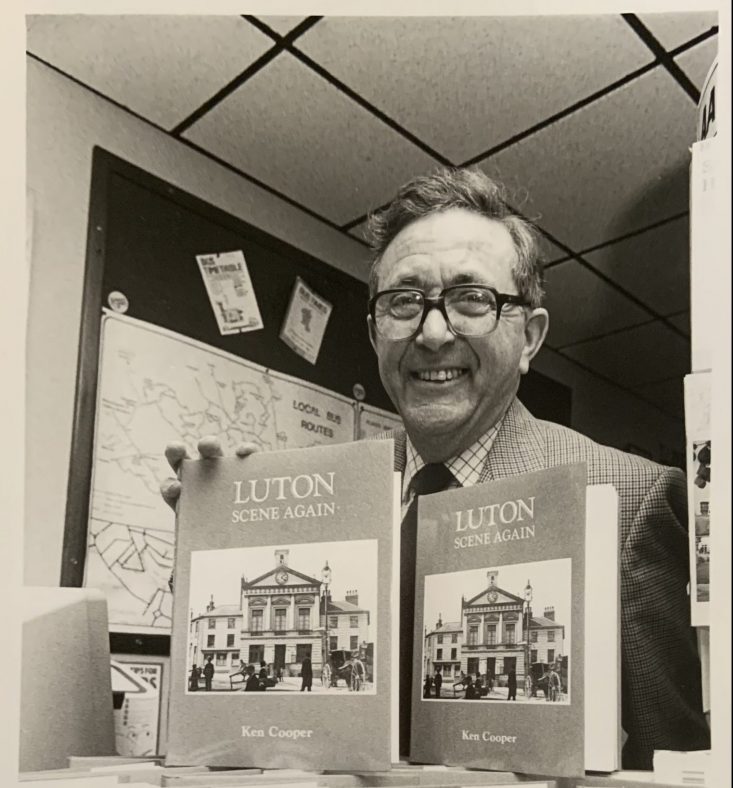 Ken was born in Luton on 4th March 1927 and lived his early years with his father, Fred, an engineering machine operator, mother, Gladys, a piecework hat maker, and his younger brother Rex with whom he remained close until he passed away in 2019.

He studied at Queens Square and Surrey Street schools in Luton. Surrey Street School is famous in the Cooper family as his wife taught children with special educational needs there for many years. Ken’s daughter Beverley was a member of the Luton Girls’ Choir and Ken would take and collect her from Surrey Street for her rehearsals every week. When he left school he studied Engineering at Luton Technical College and, like many Lutonians, started his working life as an apprentice at Vauxhall Motors, working primarily on military vehicles due to the war. He went on to join English Electric and then enjoyed a long career with British Aerospace. 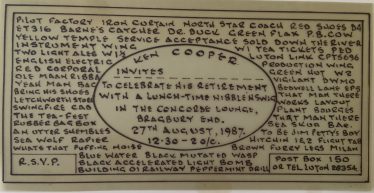 Here, he was the manager of the Works Layout department and led the introduction of Computer Aided Design at their Stevenage site. It is testament to his leadership, friendship, understanding and patience that although he retired 30 years ago many of his colleagues were still in touch and have been saddened by the news of his passing after a road accident in December 2020.

Dad loved “proper” motor bikes, like BSA, Royal Enfield and even Lambretta. He rode one during the war to deliver messages, and, ever the adventurers, he and his wife went on honeymoon to Paris on one after they were married in 1955. He was a devoted husband and 2020 saw their 65th wedding anniversary.

Luton in his Blood 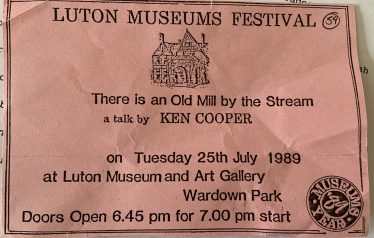 Luton and its history was in his blood. He wrote a column for the Luton News, authored the book  “Luton, Scene Again” and lectured in the evenings at the local college. Ken also loved London and we spent many weekends taking coach parties around London street markets and pubs. He loved photography and amassed a huge collection of photos of back streets, old buildings and the characters that he came across along the way.

His slides-and-music show “Sights and Sounds of London” had many bookings and his fee was always donated to charity. Many of you here may remember his talks yourselves.

Probably his most notable achievement for Luton was as chairman of their entry for Britain in Bloom. In 1995 he travelled to the final at Perth in Scotland with Mum, Luton’s Mayor and other civic dignitaries, only to receive the trophy for Best Large Town which was presented to him by the Royal Horticultural Society. 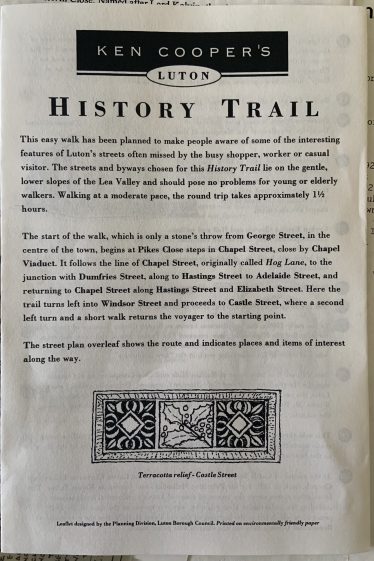