At the end of the 19th century, Harry Moody was one of the few photographs in  Luton. He distinguished himself as Frederick Thurston’s assistant and opened his own studio in his home in York Street. In a set-up backdrop decor, he captured un unknown number of family and individual portraits.

An advertisement for Harry’s business from 1905

One of the now largely forgotten characters of Victorian and Edwardian Luton was the photographer Frederick Thurston (1854-8th February 1933). Frederick was a talented award-winning photographer to whom we owe a great historical debt as his lens captured many important images of the people and places of Luton. His popularity meant that he was unable to run the business purely by himself. In the 1900s his sons started to take over the business but in the latter years of the nineteenth century he needed photography assistants like another Luton man: Harry Moody.

Harry had been born on the 5th September 1861 to George and Fanny Moody. Like many “Lutonians” at this time, Harry’s parents had not been born in the town but moved in following the lure of greater opportunities. His father was a Whitesmith by trade and ran his own business from their home at 54 Chapel Street. 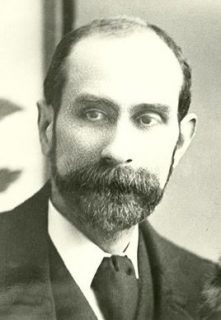 Harry, like his future employer Thurston, left school aged just 11. It is not known what he did throughout his teenage years but at the age of 19, shortly prior to starting with Thurston at his studio in Hastings Street, the 1881 census listed him as Journeyman Photographer still living at home.

Following his marriage to Mary Ann Cooper on the 29th March 1883, officiated by the Reverend James O’Neill at St. Mary’s Church, Harry moved in with his wife’s parents at 18 York Street in High Town.

The photographer of York Street 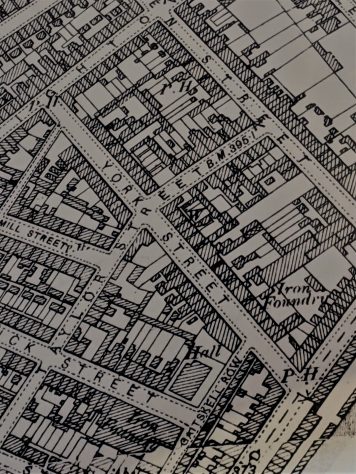 Almost all the Victorian property on York Street has now gone. Only what was the Freeholder pub at number 45, dating from 1854, on the corner with High Town Road, and what was the King Harry pub on the corner with Hitchin Road, dating from 1852, remain. Numbers 18 and 20 went up for auction on the 8th August 1887. The listing for these joined properties shows they had 6 rooms, a blocking room, workroom, wash-house and other outbuildings, a garden and were built over a gateway entrance from the street. Harry and his family paid an annual rent of £25 14s and 6d in order to occupy these premises.

In 1900 Harry set himself up as Photographer on his own account from his home address in York Street.

His wife had been working as a Straw Hat Machinist at home for some years and in 1885 had actually won 1st prize at a straw trade exhibition and £5 5s for “the best black English twist hat using Whiteman’s handstitch machine”. Harry proudly advertised that he had been employed by Thurston for 19 years. This would very likely have given his business quite a level of cache given the nature of many of Thurston’s clients. For example, in December of 1891 Thurston was hired to take the official engagement picture of Princess Mary of Teck and the Duke of Clarence at Luton Hoo. Harry may well have been assisting that day.

Bedford Archives holds just 7 referenced photographs taken by Harry during his time as a photographer on his own account. This number can be in no way representative of his entire body of work. The majority of his images would have been of individuals or groups who paid to have their portraits taken at Harry’s home. A distinguishing feature of portraits taken by Harry is the same pictured drape used as a backdrop.

In June of 1913 Harry retired from photography, possibly in response to the growing level of competition from other photographers in the town, posting in the local paper the details of his new address (21 Clarendon Road) and that he still held all his negatives in case anyone wanted further prints.

A new chapter: Treasurer for the Court Hope 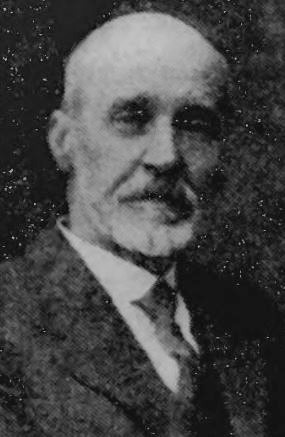 A picture of Harry Moody taken in his later years

He turned his attention more to his work as Treasurer for the Court Hope branch of the Ancient Order of the Foresters, a role to which he was elected in 1911. This Friendly organisation had been founded in Rochdale in August 1834. Harry joined his local branch in Luton in 1881 aged 20.

Prior to 1899 the Court Hope branch had met at The Plough but then moved to Francklin’s Temperance Hotel in George Street. He was clearly a notable member and was actively involved until his death at the age of 92 on the 22nd August 1954. In 1951 The Foresters presented him with a long-service jewel for his 70 years in the organisation and then honoured both he and a colleague Albert Chapman in April 1953 for both being in their 92nd year and still active participants.

Harry Moody did not leave a mark on history in the way that his former employer Frederick Thurston had, but he is typical of many Lutonians and their spirit that worked hard to both better themselves and those of the people around them. Despite his very humble origins his family was able to afford a Housemaid and probably would be descried as lower middle, if not, middle class. His daughter was a Dog Breeder and on at least one event, for which Harry officiated as Treasurer, an event of theirs was given patronage by Lady Wernher.

And finally, for those of you with family photos from the Edwardian years, take a look to see if they came from one H. Moody of 18, York Street. 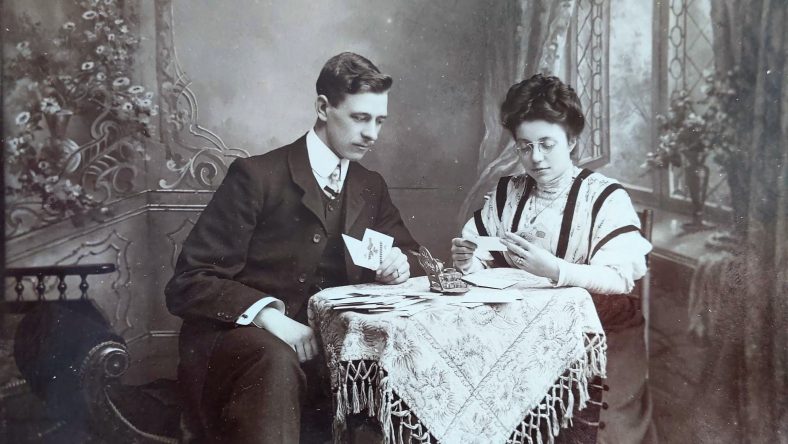