You are here: HomenextExhibitionsnextBuildingsnextPubsnextLuton's Vibrant 70s and 80s Punk Scene

From the late 1970’s to the mid 1980’s Luton had a vibrant Punk scene. Youths with multi-coloured hairdos and worn leather jackets congregated in St George’s Square and attended Luton’s early Carnival, Marsh Farm Festivals and the Grapevine or Baron of Beef pubs in the town centre. 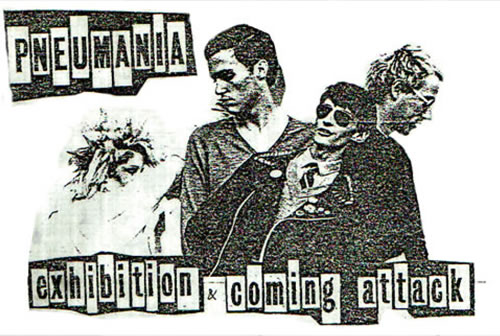 Punk bands, poets, singers, and fanzine writers sprung up as Punk changed the face of Britain. The Jets, Luton’s first Punk band, played at the first Punk Rock club in the UK, the legendary Vortex Club in Soho.

Luton’s UK Decay and Pneumania self-produced “The Split Single”, released in May 1979. It was rubbished by the NME, causing the record to instantly sell out, and launching UK Decay’s career. Steve Spon (the author) joined UK Decay as they played a session for John Peel, securing further releases and international tours, and making them an important precursor to the ‘Goth’ genre. 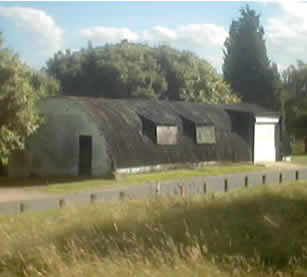 To the right, a picture of  the  Nissan Hut March Farm, where the legendary 1979 Crass, Poison Girls and UK Decay gig use to perform.This was an extraordinary venue that was chosen for that most memorable event. The only time Crass & Poison Girls ever played in Luton. It was set up as a benefit gig for the Cobalt Hate fanzine.

Unbelievably, 250 anarcho punks squashed into the hut to witness the live action.

Other Luton bands included “The Friction” (with actor Colin Salmon on drums), The Statics, The Cosmetics and Click Click. Punk music spread from Luton to venues in nearby towns and a large Punk Community encompassed the Home Counties north of London. A new culture spread through Fanzines during the tough Thatcher Years, giving Punk metal to bite against.

In 2003 I launched a website to highlight UK Decay and other Luton and area Punk bands from those halcyon years. UK Decay Communities re-connected a community of people from a quarter century earlier and welcomed a new generation that had since discovered our music.

The website’s forum welcomed stories and photos from the period. 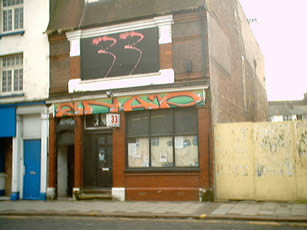 For the article, “Luton’s lost Punk Venues” I photographed remaining Luton venues before they disappeared. For years my tiny shot of 33 Guildford Street’s Art Centre was the only known copy and was used many times online. The article itself had hundreds of thousands of hits. The original UK Communities pages are now archived, but UK Decay Heritage site is still available, as are contributor’s scrapbooks and punk photos.

UK Decay Communities also featured other local bands from the punk years and later. A compilation tape in protest against Nuclear Dumping in Elstow, Bedfordshire, in 2006, was streamed on the website which led to a follow up arts event in 2015, held at Leighton Buzzard’s Library theatre.