You are here: HomenextExhibitionsnextBuildingsnextListed buildings and local listnextThe Workhouses of Luton

The Workhouses of Luton 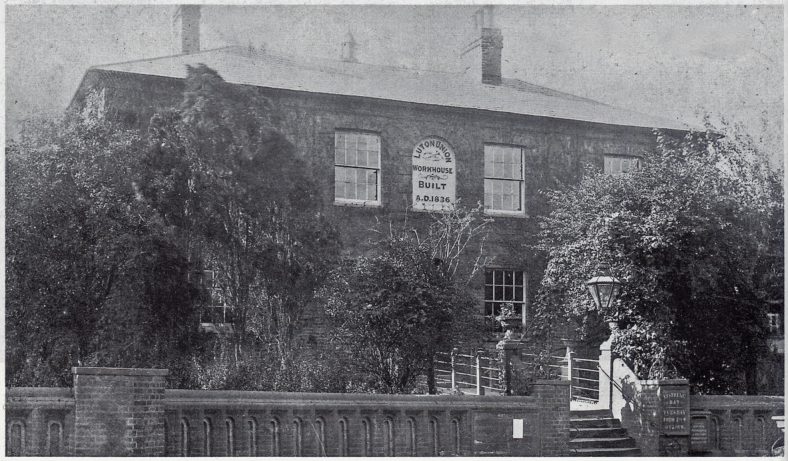 Have you ever wondered what sort of health care was available before the introduction of the National Health Service in 1948? From 1601, under various Poor Law Acts, a system of parish care for the sick and poor developed. The position of “Overseer of the Poor” was created by these Acts and required that each parish elect at least two overseers. These were “substantial householders”, appointed each year by the local Justice of the Peace. They were empowered to levy rates on the property-owners of the parish and use the money to look after the needy, including the old and the sick – a tax that survives today as the “council tax”.

In Luton, the overseers rented part of a large house in Castle Street called “Langleys” and this was used as a workhouse until 1766. In Austin’s “History of Luton” we read that:

Thomas Attwood of Luton, Yeoman, by indenture dated 21st May 1610, granted an annuity or yearly rent charge of £2 out of a messuage called Langley’s … in trust for the benefit of such old, lame, blind or impotent men or women inhabitants of the town or parish of Luton as the Vicar, Churchwardens or Overseers of the Poor … should think fit.

Langleys was an ancient Manor, with mansion and land, and was on the south side of Castle Street, opposite the Red Lion. The name is retained in Langley Street today.

The role of a contractor

The Overseers would usually appoint a “contractor” to manage the workhouse. They provided the contractor with an agreed amount of money and this would be used to “provide good and wholesome food” and “discharge all Doctors and Surgeons bills and provide Nurses for all sick persons under the contractor’s care and to pay for the burying of all such poor people as shall depart this life in the said workhouse”. The contractor would also provide the inmates with work and benefit from any income generated. In Luton, this would probably be the plaiting of straw and the making of straw hats.

In 1766, the parish used a building next to the Tithe Barn on the western side of Park Street as a workhouse. The building was later extended and two adjoining cottages were added to it, but by 1835 the accommodation provided there was described as “very limited” . This building was where Park Street West now joins Park Street.

In 1834 the government passed the Poor Law Amendment Act, based on the recommendation of a royal commission. The new system was still to be funded by rate payers, but was now administered by Unions – groupings of parishes – presided over by a locally elected Board of Guardians. The Luton Union consisted of the Luton parish and 14 other surrounding parishes and was responsible for providing a central workhouse for its member parishes. In 1835 the Marquess of Bute was elected the first chairman of the “Board of Guardians of the Poor of the Luton Union”. One of the first acts of the new Board was to secure a site and select designs for the erection of a new workhouse for the whole of the Union.

The site chosen was at the corner of Dunstable and Dallow roads, on land given by Lord Bute. The contract for the building was secured by Mr. John Williams at the price of £4500. The new building provided accommodation for up to 300 inmates and was ready for occupation in 1836. It then continued to serve the needs, not only of Luton, but all the other towns and villages in the south of Bedfordshire, for many years.

The Luton Union Workhouse, built in 1836, Visiting hours on Tuesday, 2pm to 4pm.

Aubrey Darby grew up in Luton in the early years of the 20th century. He visited the workhouse many times, with his mother, to visit old friends. An extract from his book “View from the Alley” informs us that:

though the workhouse had a good intake, it never became full up. The inmates wore uniform, men in a grey jacket, the women in long grey frocks, a colour scheme blending perfectly with the environment. There were no complaints of ill-treatment in the workhouse. They were fed, clothed and housed, but the greyness and the lack of imagination for the needs of the aged people, cast off by their own flesh and blood, led to an indifference which was intolerable.

Under the Local Government Act (1929), the County Council took over the functions of the Board of Guardians. The title “workhouse” was abolished and the buildings became “Public Assistance Institutions”. The Luton institution was eventually renamed St. Mary’s Hospital. The official change of name did not delude the people of Luton who continued to call the old buildings by their original name for many years. 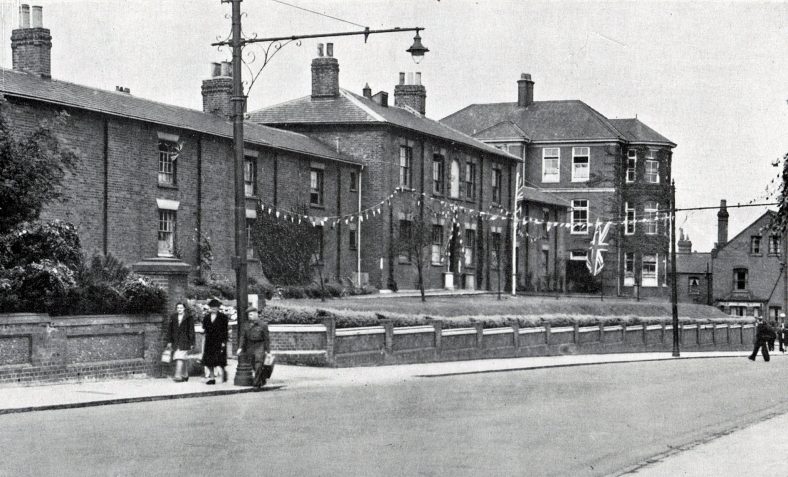 This photo taken circa 1945 shows the original workhouse building in the centre, now extended on either side. These buildings still exist today and are used as a care home for the elderly.