You are here: HomenextExhibitionsnextBuildingsnextListed buildings and local listnextCampaign to Preserve the former ABC Cinema, George Street

Luton’s “Save Our Town” outline their decade-long campaign to preserve the former ABC cinema in George Street.

For decades now the site, that was once full of laughter, squeals of delight/fear, Maltesers and Hollywood stars, has been left derelict, forlorn and unloved.  The once Art Deco jewel in Luton’s high street crown, Save our Town wanted to ensure, once they had wind of change, that any new development gives a nod to its glorious past and those powers that be respect the wishes of those in the town who remember it fondly.

Luton Heritage Forum held an open meeting a while back now to discuss what is in mind for the future of this rotting eyesore. 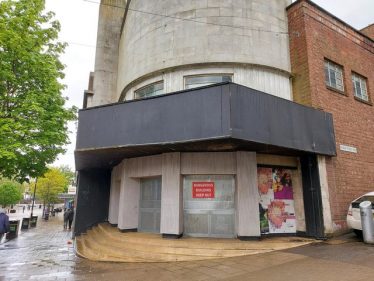 Blocks of flats are on the agenda but once Save our Town members heard this, they wanted to ensure the future does not forget the past.   A survey was conducted and such lovely memories were shared.  Saturday morning pictures, first dates and that queue up George Street West, 66% of those who took the survey would like to see the façade restored and/or replicated and 45% would choose to have an arts cinema within the new development.

It should never be underestimated how many people who spent their childhood/formative years in the ABC watching the stars of their day, making memories, would support a venue that, albeit be a trip down memory lane, can be a commercially viable addition to the jigsaw that is the Luton Town Centre Masterplan.

Discussions are taking place between the Council, the developer and all protagonists, so nothing is of yet set in stone but we have to keep the faith that Luton’s heritage will be remembered and respected, it is, after all, in all parties’ interest to give this town a blockbuster of a development to be proud of in the heart of the town, on a site that holds a special place in the hearts of its community.

Jacquelyn Andrews / Save Our Town