When I (Oliver Harper) and Doog Moody decided to transform the old Methodist Chapel of the Green Bank Studios into a residential area, the Green Bank Row 49 -55 Cobden Street project was born. 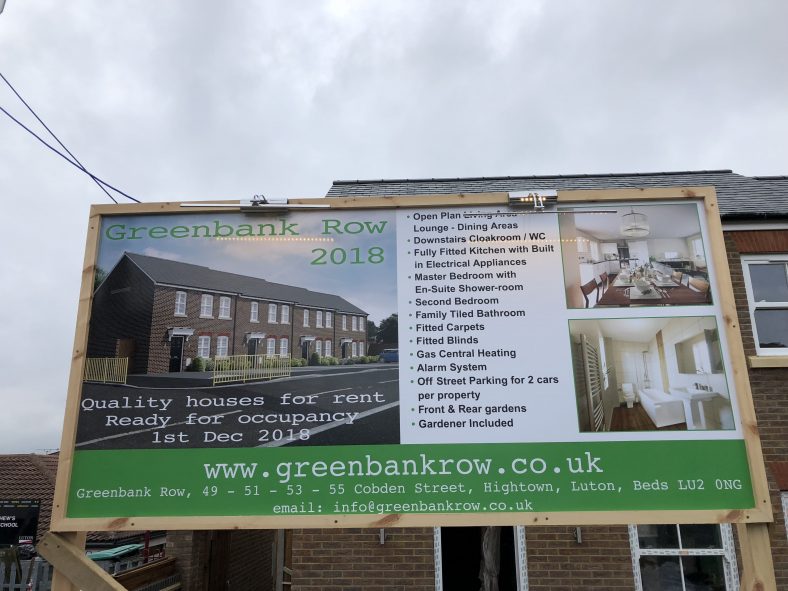 In 2018 a new residential street saw the light of day in High Town, Luton. 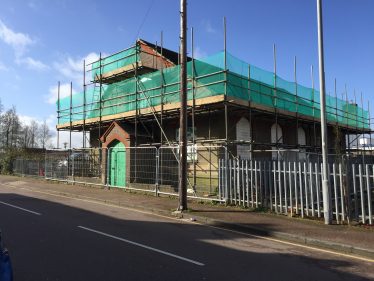 The development known as 49 Cobden Street was originally an old Methodist Chapel which then changed ownership some 25 years ago known as Green Bank Studios. Doog Moody till this day runs the most successful music studios in Luton Town Centre catering to everyone’s music needs. Doog decided that it was time to plan for his future so he and I (Oliver Harper) sat down and decided on obtaining a change of use from Commercial to Residential.

The Planning Process and Early Works

The planning process took just over 12 months to finally achieve the consent for a row of 4 x 2 bedroomed houses. We opted for traditional construction of Brick and slate to match in the street scene with modern touches. We had to overcome many challenges as the site backs onto an Infant school. 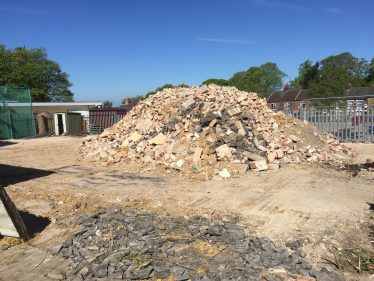 After obtaining all the relevant permissions Harper Vyse Team commenced work on the 16th April 2018. We started with the demolishing, which involved striking the building brick by brick until it was to the ground.  Working in close proximity of the school we constructed a safety perimeter fencing and boarding so that all dust and materials where safely away from the children.  All the salvage ie bricks – tiles we cleaned up so that they could be reused. 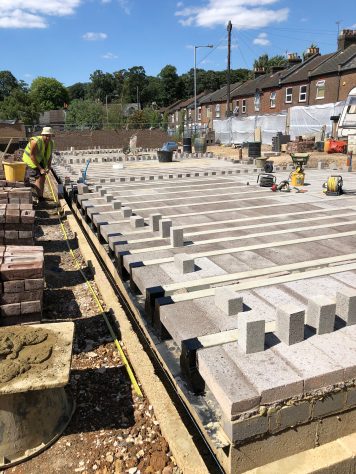 We eventually broke ground the 2nd week of May where we had to construct a 9 inch brick facing 1.8meter high brick wall to the school boundary with concrete reinforcing footings. Then we broke ground again on the 1st week of June for the 4 houses.

The construction was strip footings onto chalk then filled with concrete. We then built in brickwork up to DPC dug out the drains at the same time. We installed concrete beams to support the ground floors.

Then built the perimeter walls installing the floor joists right up to roof plate ready to take the timber roof. We finished the roof of with natural slate.

The layouts of the four houses are very much up to date with spacious open plan living spaces with the latest built in appliances and features. 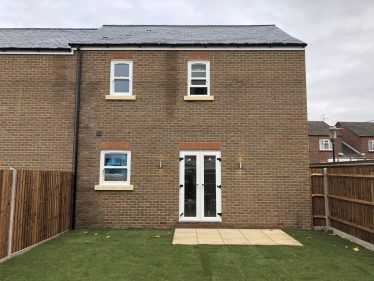 We were very blessed with the weather over the summer, which enabled the whole team to complete the works on time and on budget. The development completed on the 30th November and on the 1stDecember 2018 the first  tenants moved in !